For anyone that hasn’t quite grasped what intermittent fasting is, here’s a trick I used when I initially started learning about IF that really helped me.

Think about intermittent fasting as concerning meals and meal timing, which happens to be the case.

Conventionally (post-industrial revolution) we have chosen to eat like this:

Option 1
Your last meal is dinner at 7pm, you wake up the following morning and prepare breakfast ready to eat at 7am, this results in the 12/12 intermittent fasting protocol

Option 2
We rewind you back to your dinner table stuffing your face. It’s 7pm.

Instead of option 1, the next morning you decide to skip breakfast. Your first meal is 1pm. This results in the 16/8 protocol.

A little side note. You can still do 16/8 and eat breakfast. It just means you stop eating earlier in the day. The 8-hour eating window can slide around your day to suit you.

Option 3
This time you skip breakfast and lunch, refraining from eating until 7pm, at the same time you ate the night before. This is the outer limits of what I deem intermittent fasting. You’ve just fasted for 23 hours.

So intermittent fasting lies in between the period of non-eating of 12-23 hours.

All of these can be and are considered intermittent protocols

Others common protocols that aren’t strictly intermittent fasting but more so alternate day fasting are:

24-Hour Fast (Eat-Stop-Eat)
As the name implies Eat-Stop-Eat (ESE) works in a reasonably straightforward way. You fast 1-2 times per week, the most common is 2, aiming for a complete break from food for at least 24 hours at a time.

For example, you might typically eat up until 8 pm, perhaps dinner on Monday night. After your last meal, you don’t eat until after 8 pm on Tuesday.

The 5/2 Method
This is similar to Eat, Stop, Eat except that it involves regular eating for five days, perhaps Monday to Friday, then consuming a reduced amount of calories, typically no more than 500 calories two days per week, (Saturday and Sunday).

If you graze during the restricted calorie days, spreading the 500 calories over your waking hours, this isn’t actually intermittent fasting because there is no period of non-eating exceeding 12 hours.

Feast/Fast
With feast and fast, you are recommended to eat however you please for an entire day!
Then, the next day requires an entire day plus the duration of your sleep and into the next day. This results in a 32-36 hour fast. Quite an accomplishment for anyone!

So Which One Is Best For Us?

The first thing you need to ask yourself is, why are you intermittent fasting?

The most common answer is health.

The term ‘health’ encompasses the following

Quick caveat: The science associated with is exceptionally complex. So complex, it is virtually impossible to convey over a blog alone. So, for the sake of brevity and comprehension I’ve had to summarise it.

This describes a few things, but primarily it’s the reduction in the overall amount of food (calories) ingested by you over a day.

It’s no myth that the less we eat, the longer we live. This has been studied extensively in many different species. One of the mechanisms is a suppressed metabolism.

I understand why some “professionals” say this. The world has unhealthy habits, really really detrimental ones. The West is primarily overweight. Of course, health is going to take a back seat to vanity and greed. It’s in our nature, plus telling people to eat less is bad for big business.

Car 1, in fact, it’s a truck made in 1970, uses a ton of fuel and only travels a short distance. Let’s say it goes from Sydney to Melbourne and has to stop FIVE times to refuel.

Car 2 was made yesterday and it has all of the best features, perhaps it a Tesla. It’s WAY more efficient. It also happens to drive from Sydney to Melbourne, but it never has to stop for fuel.

Why? The engine driving Car 2 is so much better at extracting energy from fuel compared to Car 1.

Now try to imagine your metabolism as an engine (PS. it is). Wouldn’t you want the one that requires less fuel and gets more energy from that fuel? Like Car 2. I bet with the current price of fuel you would pick Car 2.

Not only is it cheaper it’s loads healthier. Digesting food requires enormous amounts of energy, putting a lot of stress on your body. It also creates harmful toxins in the process.

Intermittent helps you eat less, and this alone promotes longevity. But there several over ways restricting calories may help increase lifespan and prevent disease: eating less overall may cause you to eat less animal protein.

Why Should We Limit Consumption of Animal Protein?

Because of an amino acid named methionine and your body’s response. After eating meat, we release high levels of IGF-1. Both are very bad for us. PLUS, cooked flesh has astronomical levels of A.G.Es present in them.

Why We Should Limit Our Sugar Consumption, Even Fruit!

Not so fast vegans, A.G.Es also occur through a process called glycation. This happens when circulating blood sugar binds to proteins and fats within our body and render them faulty and mutated and start to produce oxidative damage.

FYI, proteins within our body make up virtually everything we see and don’t see. Hair, nails, skin, organs and so on.

What The Hell Are We Meant To Do?

As for meat eaters, unfortunately, there’s not much you can do, besides reducing the amount you eat. Or eating it raw? Not something we recommend.

Even if you did reduce the amount you ate and ate it raw you’d still have the issue of IGF-1 overproduction and methionine consumption.

So what’s the answer?

Intermittent fasting is the answer to both. Why? When you fast. You typically consume fewer calories overall, which means less meat.

Intermittent fasting is the only known way to induce autophagy which also has a profound impact on reducing glycation, A.G.Es and oxidative stress to our cells.

Vegans! When you intermittent fast (even if you eat the same diet) your blood sugar will drop. With no circulating blood sugar, there can be no glycation, which means no A.G.Es.

Whoever or whatever created us, did a really brilliant job. The earth and everything on it is indeed a miracle.

That said, they kind of screwed up in one area. We have these little things inside of our cells called mitochondria and they are responsible for turning the food we ingest into energy we can use. This energy is called ATP.

During the process, things go a little awry. Long story short, these mitochondria become ‘leaky’ from producing energy, and they start to generate free radicals. So the less we eat, the less they leak free radicals. This means eating less (calorie restriction) alone extends lifespan.

Intermittent fasting is the only known way to induce autophagy which has a profound impact on reducing glycation, A.G.Es and oxidative stress to our cells.

Auto-what-Y? Basically, it’s when your cells turn into little Pacman or garbage men and clean up all of the rubbish, and basically recycles them and uses them to create new healthy cells, free of AGEs and free radicals.

These are a few of the critical ways intermittent fasting promotes longevity, optimal bodily and brain health and reduces our susceptibility to disease.

Back to the original question: the original reason for this blog was to compare the different fasting protocols. However, this couldn’t be done without understanding the underlying mechanism of IF’s life-giving and improving benefits.

So, To Conclude On The Science...

The longer we fast, the more profound and more protracted autophagy (the recycling) can go on for. The longer we fast, the less we will eat overall. A longer fast will keep circulating blood sugar low, and sugar consumption level and this glycation is less likely to occur. Longer fasts usually mean less animal protein, which means less methionine, IGF-1 and A.G.Es.

So longer fasts are better? No!

Consistency is truly the key. Humans are social creatures. Fasting for 23 hours a day is really, really hard. You need to find something you can stick to, and make a habit out of.

After a lot of research, we’ve found this to be the most suitable for real people. Consistency is the main ingredient in long-term success, and there’s no point prescribing something to someone if it’s unrealistic and restricting. The 16:8 dovetails with relative ease into the conventional way of life, it doesn’t disrupt most of the current habits we have around food already.

Humans are social creatures. If a way of eating imposes too much restriction on our ability to connect with other people, any physiological benefit we may have is set against the potential mental anguish we may feel due to isolation

You can still enjoy social outings with your friends and family.

OMAD or (23/1) is the outer limits of what can be deemed intermittent fasting. OMAD has profound psychological and neurological impact, the main impact is on ageing and disease prevention. And if you can do it, all power to you!

Although this isn’t well-documented, autophagy is believed to kick in after the 14-hour mark. Eating for 12 hours will also elevate circulating blood sugar to high levels, causing the production of A.G.Es. It’s also easy to overeat in a 12-hour window, which is known to increase metabolic disease.

Scoring The Others (that aren’t IF)

Short answer: Horrible, don’t do it. The only exception is some sort of ketogenic diet. 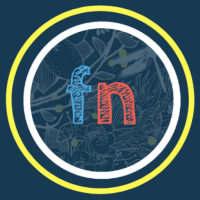 The Essentials for Starting Intermittent Fasting

Buy on Amazon Now This is an essential checklist for everything you need to fast successfully, especially if you’re just starting. If you have just

A lot of the blogs online around intermittent fasting for women are based on non-human studies, they misrepresent data and don’t even answer the questions

The Healthiest Way to Do Intermittent Fasting

For anyone that hasn’t quite grasped what intermittent fasting is, here’s a trick I used when I initially started learning about IF that really helped

“If you’re like most people, then no one has ever told you about glycation. Affecting collagen and elastin fibers, glycation is now well recognised to

Sign up and join the intermittent fasting movement! Let's go!

Item added to your cart

Continue Shopping Go To The Cart